This was a National Ranking Event (NRE) event so we really put the call out for volunteers from our members, and we weren’t let down. We had over 20 members volunteer to help on the day to support over 125 competitors doing 113 starts. These volunteers included early runners who risked forfeiting a ranking time to wake up the controls and check for any placement errors.

The early runners were the smart ones though, as temperatures soared into the high 90s, and later runners were really feeling the heat at the end of their run. We were unable to keep up with the demand at a couple of the extra water stations, despite resupplies.

The afternoon breeze that developed was not felt in the woods, but it regularly swept through the grouping area to provide some respite. It was a good reminder to securely peg the tents down, and we were grateful Pete had spent some time repairing the tents before this event.

It does appear that the heat did keep a few families away, as the Great Brook Farm event usually receives a lot of families and some community groups. The short queues at the ice cream stand showed that this was not just limited to our turnout. But welcome to the handful of families who were new to orienteering and decided to join NEOC.

Our biggest competitive group was Cambridge Ridge and Latin School. It was a pleasure to hear about the improvements they’ve seen in their team. It was also great to see competitors from other clubs and other states like WCOC, UNO and DVOA.

The woods were very green—what a difference from even two weeks ago. Lady Slippers could be seen around the course, and beyond the ticks, spiders, groundhogs, deer and garter snakes there were no reported animal encounters.

The course design was given extra care to meet NRE requirements and provide advanced courses with the technical areas that they need, and the overall feedback on the course was positive. Kelly and Nick were expertly guided through several course edits by Tim Parson who shared the NRE know-how, and Jon and Tori Campbell spent hours vetting control locations and course routes, providing further control placement advice. Jon also finalized and printed the maps.

Extra thanks to Jon for his hours and hours of work over the past two years updating the map. It is really nice to have a fully updated map of the entire Great Brook Farm venue. All courses were more accessible for those without electronic timing devices as Karen and Jim added QR codes to e-punches before the event. Also extra thanks to Mark for his behind-the-scenes work to create(!) and modify the whole QR-code registration and timing systems.

Being an NRE we had to have a Jury at the event. Lex, Peggy, Joe and Carl filled this role for us, and we were all glad that they weren’t called in to deal with one control being moved out of a poison ivy to a more accessible location.

Registration was run by Channon, Jim, Aims, Bill, Wendy and Nick. Joanne at late notice setup the String-O for us and we had Karen and Channon helping there and with instructing. The download and computer station was staffed for a long period by Mark who was assisted by Mike, working tirelessly to fix registration errors and track missing runners. Pelle, Mori and the Aims party helped with setup and ran the starts, along with Joanne. Thanks to our pre-runners Drew, JJ, Philip, Gary & Ari, and our control collectors Doug, Steve, Wendy, Carl & Nick. Wendy also spent many hours in advance of the event, helping with logistics and advice.

We have missed several volunteers whose names I do not know (such as the five most western controls and packup assistance), whose efforts were appreciated, and as always everyone helped where they could.

Thanks to all those who came and ran, we enjoyed putting this event on for you. 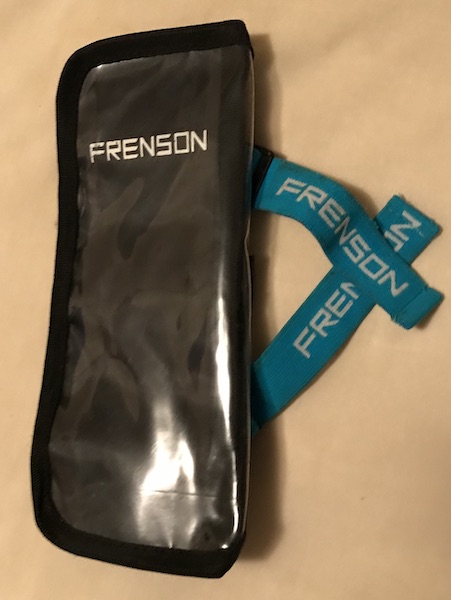 Share your route, and see others' routes on Livelox. (Documentation on recording & uploading routes is here)

Analyze your splits on Winsplits.

Do you see ways to improve the club?

Contact a Meet Director or Board member, and help make a difference.
NEOC is an all-volunteer organization.